Major Mandisa Mfeka is in the spotlight for being South Africa’s first black female fighter pilot, and she certainly deserves the attention. We wanted to see what would happen if we put her at the controls of a Subaru Forester and let her loose – in a forest.

“Mandisa, please park it facing Gerrie’s vehicle, at the same angle. We’d like to take a picture before we set off,” I say.

As she strolls towards the Jasper green metallic Forester, I wonder if it was a fair request. She’s never driven the Forester, which is considerably bigger and higher than her sedan. But she gets comfortable behind the helm and calmly manoeuvers the car exactly like I asked, at first attempt.

I shouldn’t be surprised. She’s never driven a 4x4, but this diminutive, arresting woman flew her Hawk Mk120 jet in a five-ship Hawk formation at President Cyril Ramaphosa’s recent inauguration.

We’re in Louis Trichardt, aka Makhado, at the 4x4 fitment shop Autofit. Owner Gerrie van Zyl briefs Mandisa on off-road driving fundamentals, stressing the importance of maintaining traction so at least one wheel can push the vehicle forward. He also explains how the Forester will automatically brake a spinning wheel if this is preventing traction from going to another wheel.

The traction theory is new to the major, but her mind seems to absorb and file it like a slick machine.

Mandisa takes the controls, and I ride shotgun. We follow Gerrie’s vehicle towards the Hanglip Forest Reserve on the edge of town. The reserve is named for a majestic 1 719m peak in the Soutpansberg mountain range – a familiar sight from the air for Mandisa, who is stationed at Air Force Base Makhado and has soared over the reserve in her Hawk many a time. Now she’s about to touch down on rocky terrain in the reserve, where only 4x4s dare to go.

The reserve is a diverse mix of lush, natural forest and commercial pine plantations. Riding in the car with Mandisa is fun. She laughs easily and her exuberance is contagious. She comments on the Forester’s eager throttle response, thanks to no lag from the CVT transmission and its naturally aspirated engine.

Gerrie chooses trails and surfaces that challenge Mandisa and the Forester, while ensuring the safety of both. We drive over a sandy patch, and Mandisa takes it in her stride, remarking that it feels like “sand skiing”.

As a teenager she excelled at school sports and years of adulting haven’t extinguished the spark of that restless energy. It wants her to run through forests and up mountains. Or at least hike them. “I beg my friends to hike in the mountains with me, but some of them are scared of being bitten by snakes,” she laughs.

She’s quickly realised that she can transport her snake-phobic friends into nature in a vehicle like the Forester. She loves camping and likes to get as close to nature as possible – “Just a tent, an inflatable mattress and a gas cooker or fire for a braai.” The Cederberg in the Western Cape is one of her most memorable camping places.

We drive all the way up to a lookout point at Hanglip, where we gaze out over the town. Photographer Martin asks Mandisa to hike to a precipice for video shots of her, where it looks as if she’s standing at the edge of the world. “Clearly not scared of heights, this one,” I think to myself.

There are about 20 precious minutes left in the car with Mandisa as we take a laid-back drive back to Gerrie’s shop. Golden light from the sun reflects in her Ray Bans. I imagine a leisurely flight in a big Sikorsky helicopter, returning to base, Commander Mfeka at the helm.

We talk about her flight call sign, Comet, and her Winged Spanner project. She started it with a partner to help young people “emancipate themselves through financial literacy” and it has evolved to help them with personal development.

There’s much depth to this fascinating young woman, and I ask her if she meditates. She does. A lot. “I listen to binaural beats and use it as evening relaxation. If I’ve had a really hard day, I review all the pains that have come to me during the day and in the meditation session I start releasing them, so I can start healing and start the next day afresh.”

Her 05:00 meditation prepares her for the day ahead, so she’s ready for a sortie or emergency drill. It’s part spacial visualisation and part warrior meditation. Which is good, I think. Our country’s most lethal weapons have to be honed like Samurai swords. “Meditation is a powerful spiritual practice, but it also builds resilience. It’s very important for students,” Mandisa adds.

The sharp end of the spear

Mandisa is well on her way to becoming a Saab Gripen commander, but she’s tight-lipped about when she will become master of the winged lion, the South African Air Force’s crown jewel.

“It’s the sharp end of the spear and the most advanced jet we have. As a commander, you are the first line of defence in engaging enemy threat or any aircraft that is contravening our airspace,” she explains.

I ask her to fast-forward a few decades, to the age of 55 or 60. “More than anything I want to give back to the country as much as possible. At 55, I would love to have a learning centre established for kids,” she says with tangible enthusiasm. “Our technology is evolving so quickly, and we don’t want those without certain things to be left behind. I would like to be an instrument in bridging that gap.”

“I also want to be an expert aviator. And if the opportunity presents itself, I’d like to work as a test pilot,” she says.

Her favourite fighter-pilot movie? “People expect me to say Top Gun, which is a fun depiction of a pilot’s life,” she laughs. “I also thought the Captain Marvel movie was cute! But I really like Behind Enemy Lines. It’s based on the survival and rescue of US Air Force pilot Scott O’Grady from hostile Bosnia in 1995.” She gets serious again: “It shows you need to be self-sufficient. You have to be able to make plans and decisions as you execute your mission as a commander.”

Her final thoughts on off-road driving: “I like the idea of adventure from the comfort of a vehicle that one can push to its limits, without compromise and knowing you can get through the terrain OK.”

I won’t be surprised to find her trading her German sedan for a cool-yet-capable Japanese off-roader like the Forester. Whatever she does in future, I’m quite sure she will find time for off-road pursuits and to immerse herself in nature this way.

Did you know? As Fuji Heavy Industries, Subaru manufactured fighter planes for Japan. Luckily, for fans across the globe, the company ceased aeroplane production after World War II and started to design and manufacture cars.

Subaru Lifestyle thanks Gerrie and Nicolene van Zyl at Autofit for their warm hospitality. 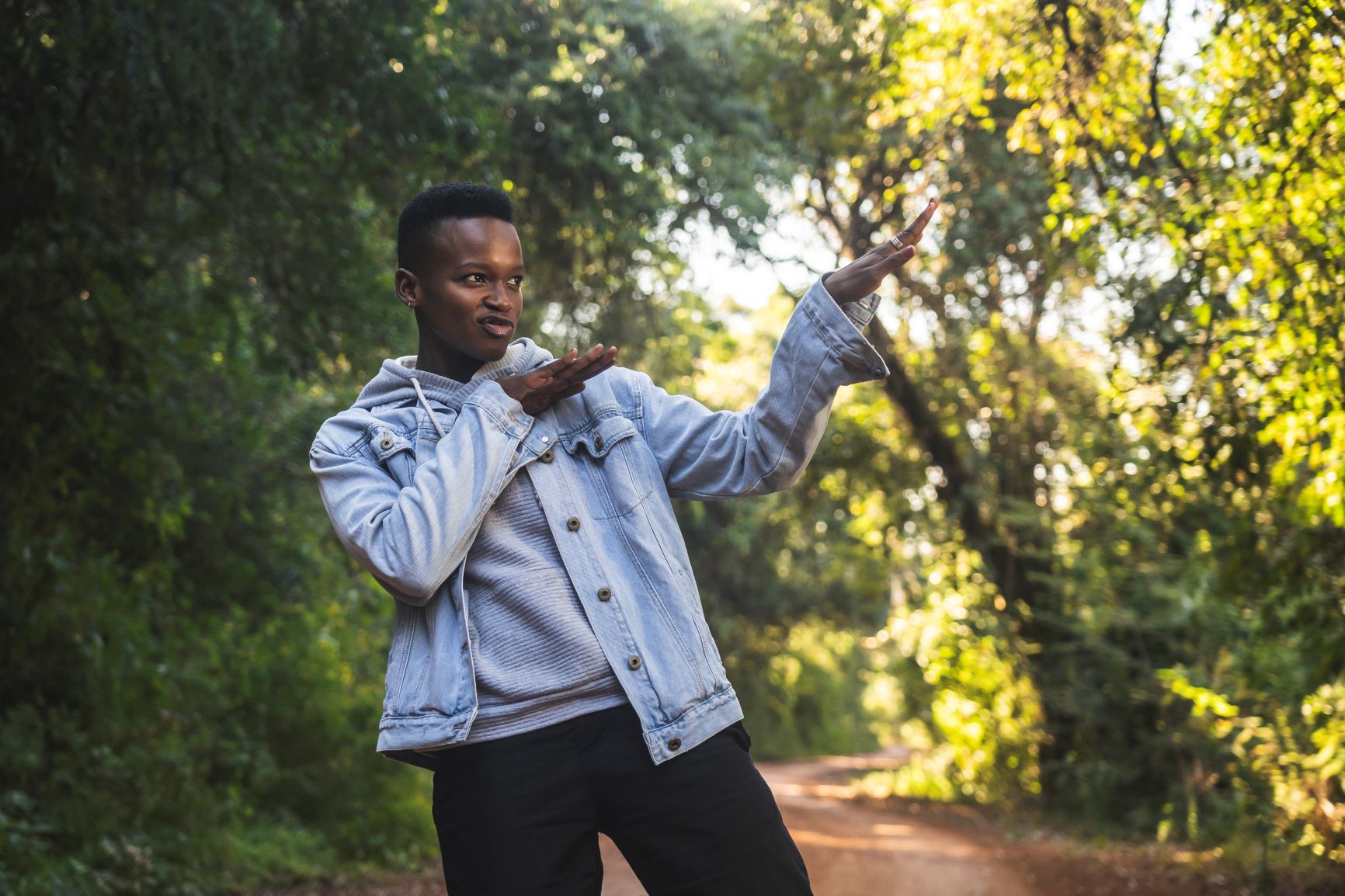 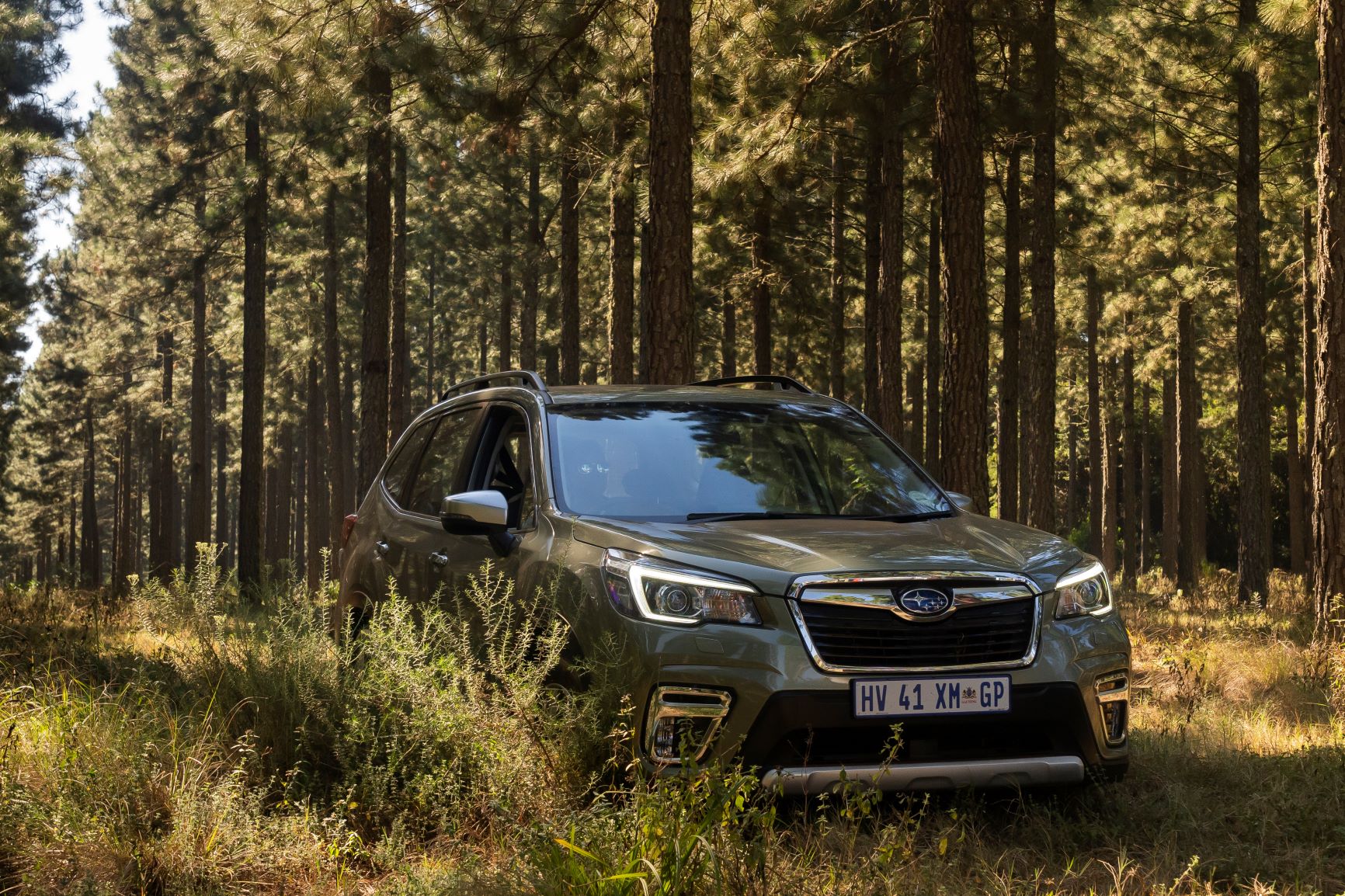 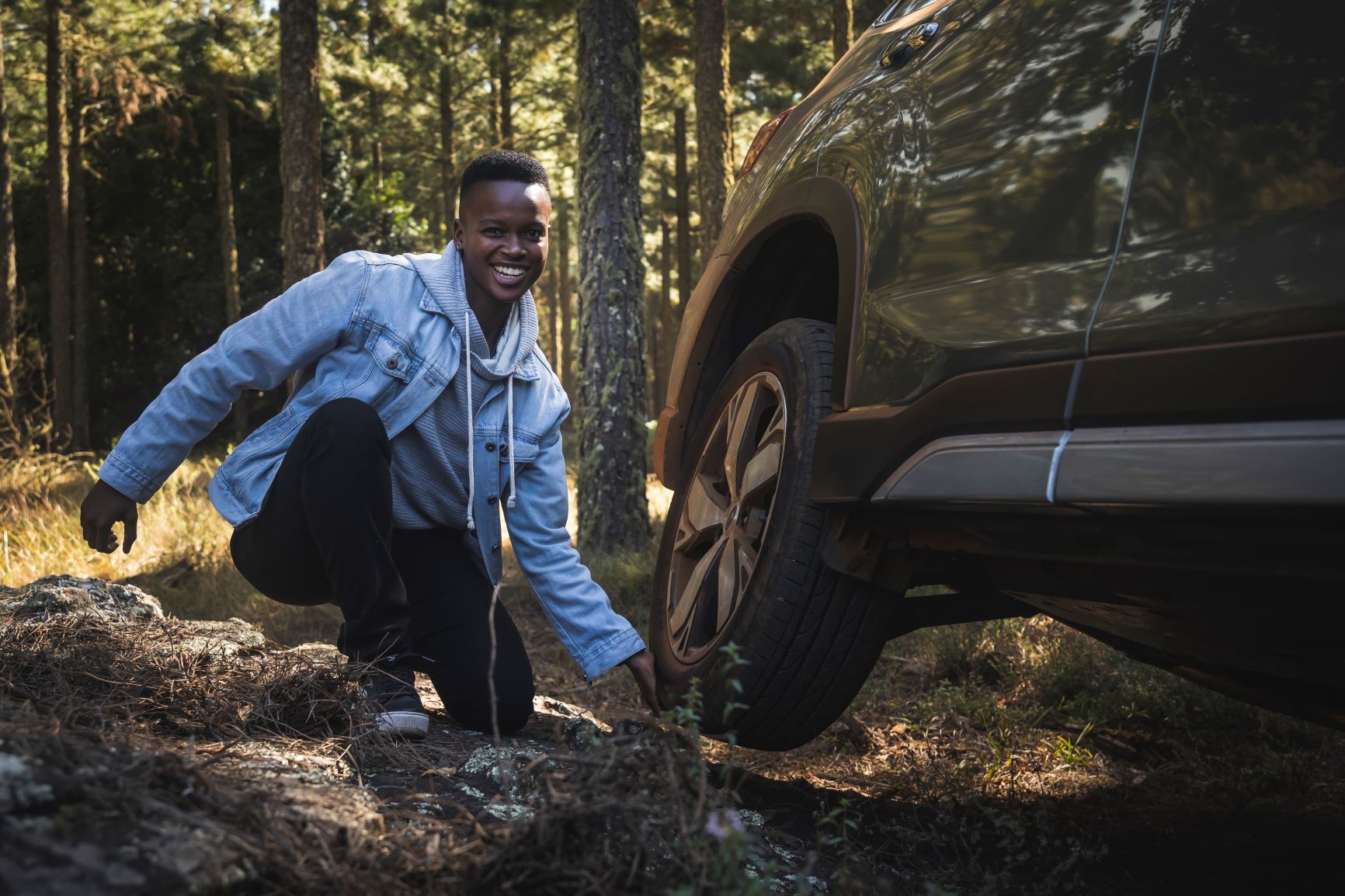