We were fortunate to receive an invite to join Subaru Johannesburg and guests at the launch of the all new 2019 Subaru Forester. My husband couldn’t make it, but it was a really good bonding experience between mom and daughter.

We started the day with coffee or juice while looking at the lovely dam in front of you while people swim for exercise. We proceeded to start with a delicious breakfast. After which were divided into two groups of around 20 people.

Our group were the first to get onto a barge and take to the water, making our way to pretty much the other side of the dam where the Foresters were waiting for us. We were also told a little bit of the history of the dam wall. It was built by hand, and is the biggest hand built dam wall in Africa. Another fascinating fact was, that once completed, it took 3 days to fill. How it was done, that part, I don’t know.

Once we got off the barge, we drove to the offroad track to put the cars through their paces. And man, Subaru as a brand, just never disappoints. We did inclines, off camber riding, Axle twister, twist and turns and declines, yes, those declines of various degrees. The two that I remember the most were 36° and 26°. They were so steep, I nearly pushed my left foot through the floor board (car being an auto).

We left on the barge again, making our way back to the restaurant after which we had a demonstration of the Eye Site technology. It is awesome to see how technology has evolved in cars, but, for me personally I still find it difficult to let technology do it’s “thing”.

Then, we went on a Game drive. Just to be in nature seeing the animals in their natural habitat….

We saw all sorts of animals, from Eland, Black and Blue Wildebeest, Blesbuck, Zebra, Ostrich, Giraffe and some other animals, some of them not close enough to get nice photo’s. I was really happy that the rhino’s stayed next to our vehicle for some really nice photo’s. The day ended with a delicious lunch and alot of chatter.

I just want to take an opportunity to thank the staff at Subaru Johannesburg Bev, Pedro and Manie and the rest of the staff for and incredible day out. Our thanks also goes to Ashley from Subaru Southern Africa who I had a very nice conversation with out on the off road course. Some people heard how far we had to drive to get to Cradle Moon, where the launch was held. My answer simply was, I don’t mind at all. We love the brand, and it’s like spending time with family. 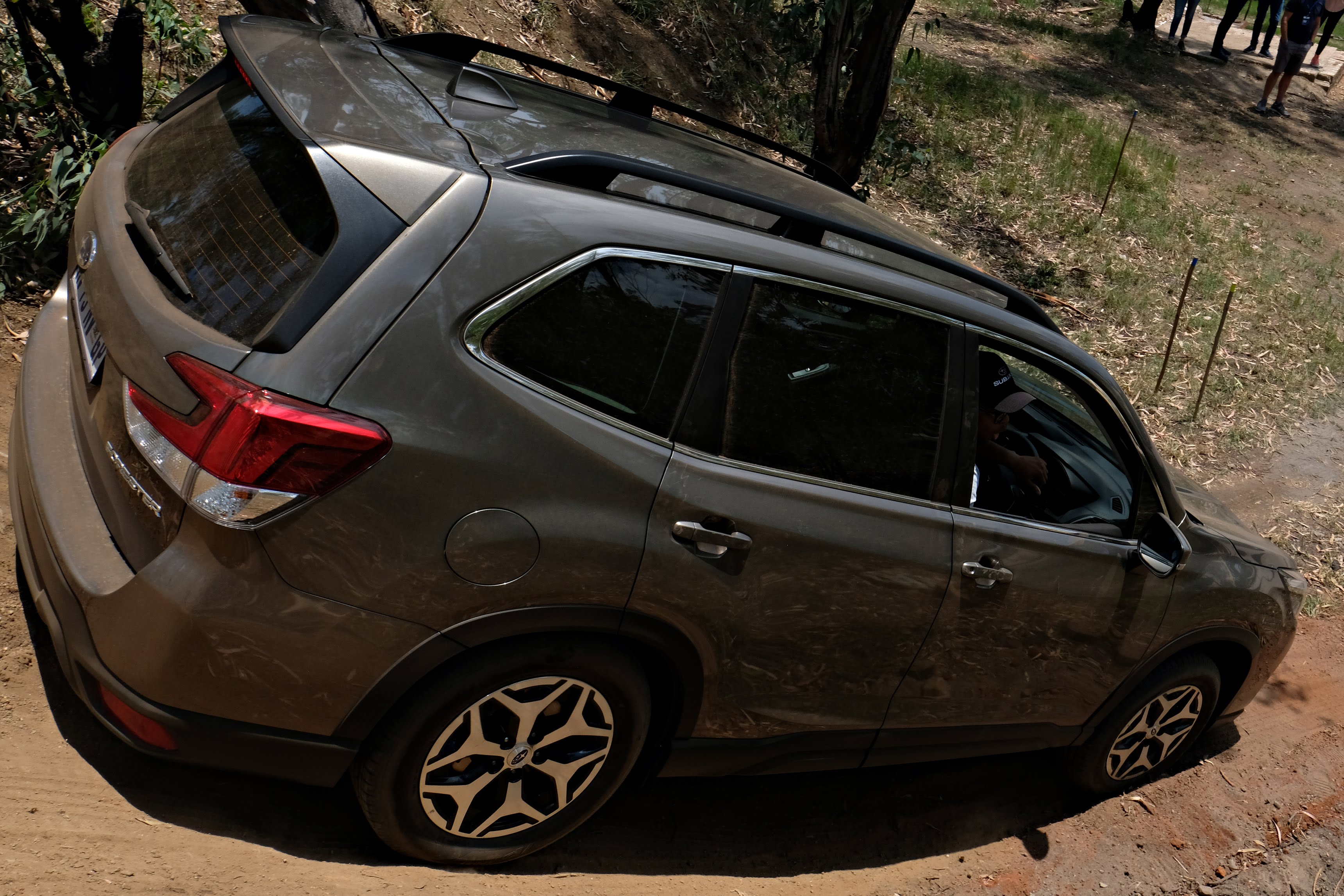 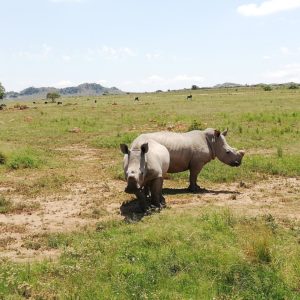 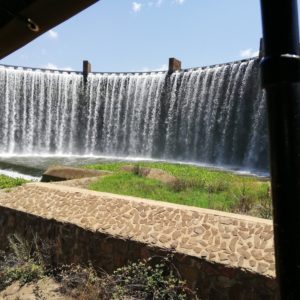 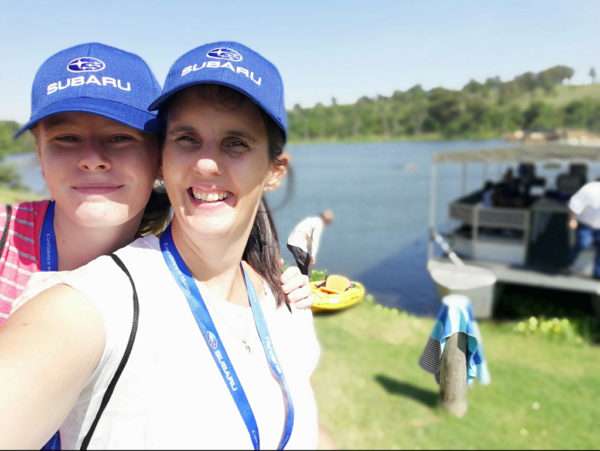